ResApp Health in the News

September 8, 2021
Coughs say a lot about your health, if your smartphone is listening
The Wall Street Journal 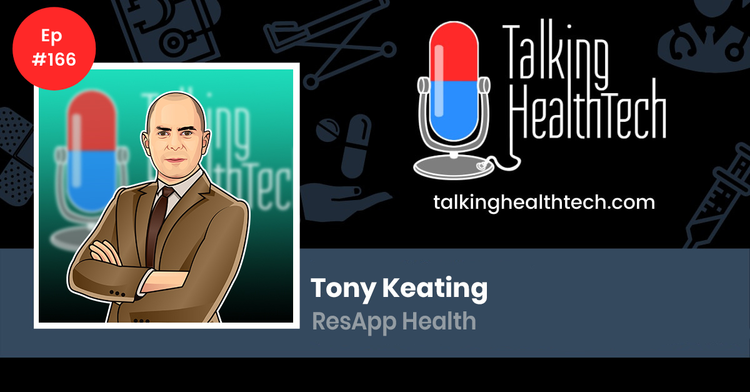 March 2, 2021
ResApp Health gets the nod it wants
ausbiz

November 9, 2020
We have heard the expression ‘that’s a nasty cough’
7 News Australia

October 23, 2020
The Aussie medtech to partner with AstraZeneca
ausbiz

March 31, 2020
Telemedicine is essential amid the covid-19 crisis and after it
The Economist

March 27, 2020
Can’t go to the doctor? You already own a powerful medical device
Fast Company

June 7, 2019
Smartphone app can hear in cough the difference between asthma or croup
7News

June 7, 2019
Voice recognition can tell if your child has asthma or pneumonia
iTnews

June 6, 2019
Can an algorithm be trained to recognize different childhood coughs?
BMC On Health

June 6, 2019
Cough analyser app ‘is better than doctors at diagnosing children with conditions such as asthma, pneumonia and bronchitis’ and is 97% accurate
Daily Mail

October 24, 2017
Its Setbacks Addressed, An mHealth Program Gets Ready to Relaunch
mHealthIntelligence

September 28, 2017
Meet the researcher who wants to diagnose respiratory disease with a smartphone
Research at Mass General

August 11, 2017
What ResApp’s boss will do next after his 77pc share price collapse
Stockhead

August 10, 2017
ResApp in recovery after study setback for cough app
The West Australian

May 11, 2017
Respiratory Disease App to Be Evaluated by Doctors Without Borders in Low-income Rural Areas
Pneumonia Research News

May 9, 2017
Doctors Without Borders in talks with ResApp to evaluate respiratory disease diagnostic app in rural, low-income settings
MobiHealthNews

April 20, 2017
Is That Cough Serious?
Medical Device and Diagnostic Industry

November 10, 2016
The Future of Healthcare is Smartphone-powered and AI-assisted
Samsung Business Insights

October 11, 2016
Can Pneumonia Be Diagnosed by the Sound of a Cough? Yes, Research Shows
Pneumonia Research News

September 15, 2016
The sound of your cough could hold clues about your illness
Mashable

June 8, 2016
Floating your boats with new listing pickings
The Australian

April 11, 2016
Diagnosing respiratory illness now just a smartphone away
The Times of India

February 26, 2016
ResApp gets second site for trial
The Australian

December 18, 2015
Machines are ‘learning’ to detect cancers in x-rays and analyse the coughs of children
Business Insider Australia

November 10, 2015
ResApp up on test results
The West Australian

September 30, 2015
ResApp on the road to diagnosis by smartphone
Australian Financial Review

July 14, 2015
An app that knows why you cough
Scientific American

October 7, 2014
Cough-based diagnosis app not to be sneezed at
The Australian

This website uses cookies to improve your experience while you navigate through the website. Out of these cookies, the cookies that are categorized as necessary are stored on your browser as they are essential for the working of basic functionalities of the website. We also use third-party cookies that help us analyze and understand how you use this website. These cookies will be stored in your browser only with your consent. You also have the option to opt-out of these cookies. But opting out of some of these cookies may have an effect on your browsing experience.
Necessary Always Enabled
Necessary cookies are absolutely essential for the website to function properly. This category only includes cookies that ensures basic functionalities and security features of the website. These cookies do not store any personal information.
Non-necessary
Any cookies that may not be particularly necessary for the website to function and is used specifically to collect user personal data via analytics, ads, other embedded contents are termed as non-necessary cookies. It is mandatory to procure user consent prior to running these cookies on your website.
SAVE & ACCEPT